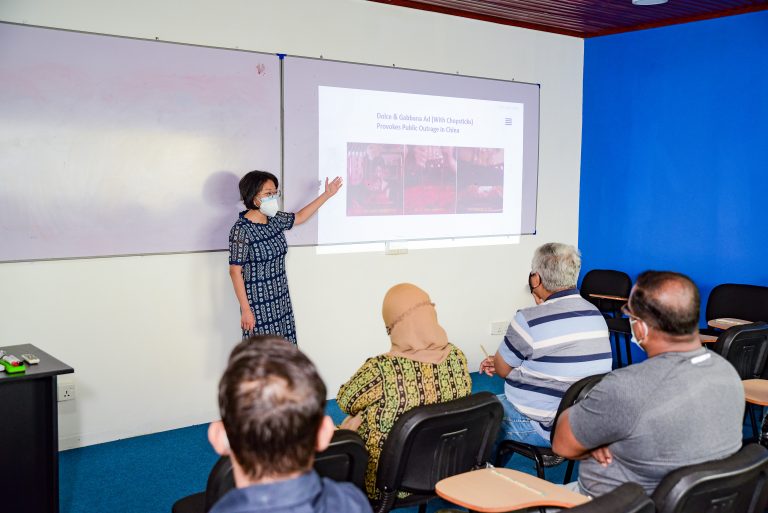 The contrasting traits of an individual are what construes the individual’s character and personality. A vastly recognized and encouraged trait, in the cooperate and general lifestyle of an Individual is the possession of a “soft skill”.

“Soft skills” can be identified as the traits and interpersonal skills that characterize a person’s relationship with others. Sociologists may use the term soft skills to describe a person’s emotional quotient (EQ) as opposed to the intelligent quotient (IQ). Soft skills are built on the foundation of mutuality. It has more to do with who people are, rather than what they know. Amidst the prevalence of an established number of contrasting soft skills, there prevails one that takes the spotlight dominantly – The soft skill of “communication”. The ability to inter-relate with an individual is the foundation of any human relationship. It is a vast preponderance in the cornerstone of humanity.

The Chinese Language also recognized as “Mandarin”, is acknowledged as the most widely spoken language in the world, consisting of up to 1.3 billion native speakers. The diaspora makes it arduous to find a town in the world that does not utilize Mandarin. Thus, the value of engaging in the education of such a language is ineffably outstanding, as it opens doors to a whole new amelioration of one’s personality.

Bilingual and Trilingual knowledge is considered as an esteemed qualification in the modern-day cooperate world due to the scope of interaction that takes place through multiple languages, subsequently enhancing the productivity of any business quantitatively and qualitatively. Considering the economic stature of the “Republic of China”, it is quite just to state that business relationships with individuals of Chinese descent will undeniably create expansion and advancement in one’s organization. Thus, individuals that can communicate fluently in the Chinese Language, will certainly be in the limelight.

The crucial factor that bridges the gap between two recognized nations, is the knowledge of the native tongue. Knowing the Chinese Language would subsequently open an array of opportunities and interactions with China. Considering Sri Lanka’s mutually beneficial relationship with the “Republic of China”, it is certain that a profuse aggregate of opportunity will be open for Sri Lankans to engage in bilateral agreements. It would also be of support to any individual that hopes to be employed in the “Republic of China”, or in the imports and/or export sectors of Sri Lanka and China.

Hence, encouraging Sri Lankans to grasp the knowledge of Mandarin, as a soft skill would create a herculean impact not only on one’s economic aspect of life but also on the social aspect. The commonality of this mindset would create a larger impact on the country’s economy as well.

‘Mandarin Institute of Sri Lanka is the go-to place to learn the Mandarin Language. It is the largest and the only Fully dedicated Mandarin School coaching children and adults of all ages. The Institute has a strong academic team of local and native lecturers who possess over 15000 + hours of lecturing experience. Being a fully dedicate Mandarin School gives its students unlimited learning assistance and the opportunity to learn from the best lecturers in Sri Lanka. As the institute’s focus is on Mandarin alone, the students learn from a comprehensive, scientifically developed in-house curriculum that no other institute can match.

Thus, it is accurate to observe that acquiring knowledge of the Chinese Language as a soft skill among Sri Lankans, would create a vastly optimistic impact for the future of the country and its prosperity. Moreover, as Mandarin is a tonal language, the importance of learning the fundamentals correctly is of paramount importance and the Mandarin institute of Sri Lanka is the institute that offers the most convenient and up-to-date program.