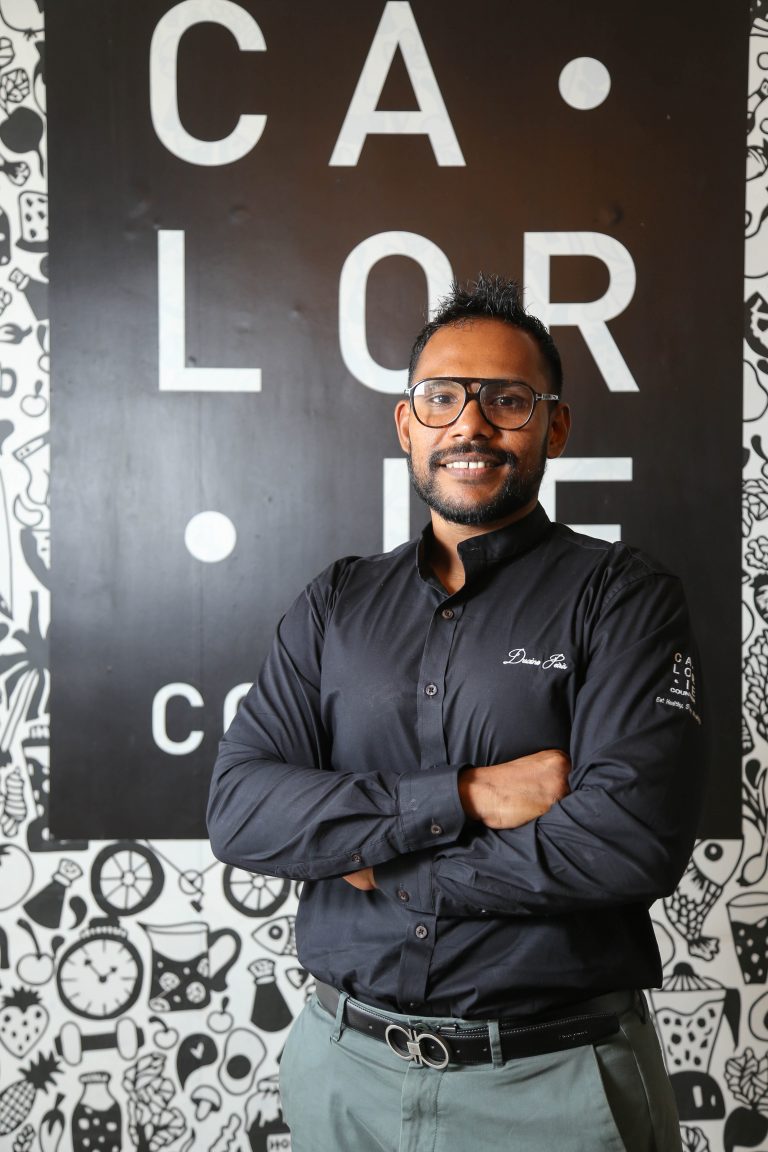 Sri Lanka’s burgeoning heath food industry owes much to Duaine Peiris, who was the first person to start a restaurant devoted to healthy eating when he opened Calorie Counter in 2015. The restaurant was an instant hit, reflecting the desire for healthy food among the residents of Colombo. While many restaurants have since attempted to duplicate Calorie Counter’s success by offering similar menus, none has been able to challenge its standing as the country’s premier health food restaurant.

Duaine was inspired to open Calorie Counter due to his own experiences with weight loss. Although a keen sportsman in school, he quickly gained considerable weight after entering the corporate life, ending up at 135 kg. Aware that he would soon have to face serious repercussions to his health, Duaine began exercising but saw little results. He realized that food was a critical component of a healthy life, but discovered that no one was offering healthy food at the time. In the end, he was forced to go back to his kitchen to develop the food that he needed to achieve his goal. His efforts were vindicated when he lost 45 kg and had to throw out 3 suitcase of clothes, a day he describes as the happiest in his life.

Mindful of the difficulties he had encountered in trying to maintain a healthy diet, Duaine decided to open a health food restaurant. A dedicated foodie, he wanted to create a place where the food served would be nutritious, healthy – and delicious. He branded his new restaurant Calorie Counter, acknowledging the fact that everyone counts calories. He admits that even he was surprised by the success of the venture, due in no small part to a stellar review that they received from Yamu.lk. Soon they were inundated with customers, with even Duaine occasionally having to come down to the kitchen to help out when things become exceptionally busy.

The success that Calorie Counter has enjoyed is undoubtedly due to their unwavering commitment to delivering the healthiest food. No sugar, butter or processed food items are used in any of their products, while they go through the trouble of creating their own marinades, sauces and purees. The pricing has been kept as economical as possible given the fact that only the highest quality ingredients are used, with no shortcuts being taken.

Yet Duaine’s journey has not been without challenges. By far the biggest blow was when pictures that painted the restaurant in a negative light were circulated over social media, even though these pictures didn’t show food in the kitchen or storeroom. Duaine insists that he stands by the quality of food served in the restaurant, pointing out they had never received any significant complaints despite having served over 275,000 meals while directly influencing over 50 lifestyle changes from those who have taken meal plans from the restaurant. Having obtained the highest quality certification, he invites people to come and check the restaurant facilities themselves.

Duaine is determined to take Calorie Counter to new heights, including expanding on the franchise outlets that have opened in Kuwait and the Maldives. Working with doctors and nutritionists, he continues to refine the menu so that the food offered is as healthy as it is tasty. Ultimately, he states, if he can make a person live longer thanks to the food he or she has consumed at Calorie Counter, he would consider his mission accomplished.