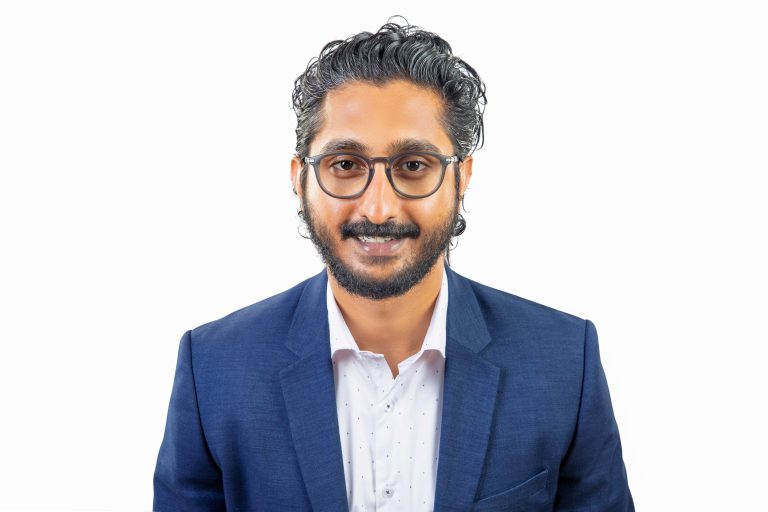 Dilan Jayasekara is a data scientist, tech entrepreneur and an innovative disruptor based in Australia.

Dilan migrated to Australia with his wife, with a dream to one day become a professional game changer in the ICT world. He has worked strenuously and relentlessly to become one of the most sought-after data science professionals in the Asia Pacific.

The 28-year-old Dilan Jayasekara is the only Sri Lankan to have migrated as an international student to have received a nomination at the prestigious Australian Computer Society’s Digital Disruptor Awards among 4 finalists in the category of ‘Emerging ICT Professional of the Year’.

Jayasekara kickstarted his career as a Junior Software Developer, undertaking his Bachelor’s degree in Sri Lanka. He then transitioned from software development to web development, and after his graduation sought his formal education, honed his work experience and set his sights on establishing himself as an ICT professional.

Dilan obtained his Masters in IT from Charles Stuart University after migrating to Australia. He was exposed to business intelligence and data science which resonated with him, and Jayasekara thereafter secured an internship at Family Life, which led to a promising job opportunity at Pitcher Partners Australia.

However, Jayasekara’s rise to the zenith as a digital professional came with colossal effort, painstaking persistence and irrefutable hardship. He worked tirelessly, to build himself up as a bold stranger in a brave new world – while English was a second language to him in Australia.

Dilan enhanced his capabilities, competencies and strengths a day at a time by expanding his knowledge, skillsets and experience in a myriad other fields that would add value to his data science journey; from accumulating business intelligence acumen, amassing entrepreneurial expertise, public speaking, collaborating in the performance arts, being intimately involved in philanthropic roles aiding start-ups and young entrepreneurs and thus evolved as a multi-faceted professional capable of adding value to any organization or enterprise.

Dilan credits Professor Kechadi at Dublin University who conducted a class in Internet Architecture who once said that ‘computer networking is not about connecting computers, but rather about connecting people‘, for being responsible in helping shape his whole professional career in ICT.

“When I arrived in Australia, everyone I met tried to convince me to just get a casual job at McDonalds and do UberEATS delivery to earn money, to have a comfortable life instead of striving for more. But I chose a different path. I want to be able to tell students especially those who have migrated that if they are willing to take a step outside of their comfort zone and start chasing their dreams, with hard work, strategy and disciplined focus that their dreams will eventually come true.”

Dilan’s drive and ambition to inspire and motivate others like him; migrants and foreign students has been a cornerstone of his professional ethos. One of Dilan’s passions is to make Data Science accessible to the masses. He believes there is an incredible opportunity for small business owners to think and behave innovatively to grow their businesses by leveraging patterns revealed through data analysis.

In fact, it is Dilan’s own personal experiences in Sri Lanka, growing up in a nation affected by a 30-year civil war that devastated the nation, manic bomb blasts, tsunamis and great political unrest that hardened him and ingrained a sense of selfless purpose in him to always lend a helping hand, with professional consultation and steadfast support to those in need – as he has done during the Covid pandemic.

The finals will take place on Wednesday the 23rd February 2022 at the Hilton Hotel in Sydney. The winners will be revealed during the gala dinner following the Australia Computer Science Thought Leaders’ Summit 2022.

The young star Dilan Jayasekara is bound to go places; while currently soaring as a Sri Lankan data evangelist on a mission to change the ICT sphere. We wish him nothing but the best in the highest hope that he emerges victorious as the ‘Emerging ICT Professional of the Year’ at the ACS Digital Disruptor Awards.