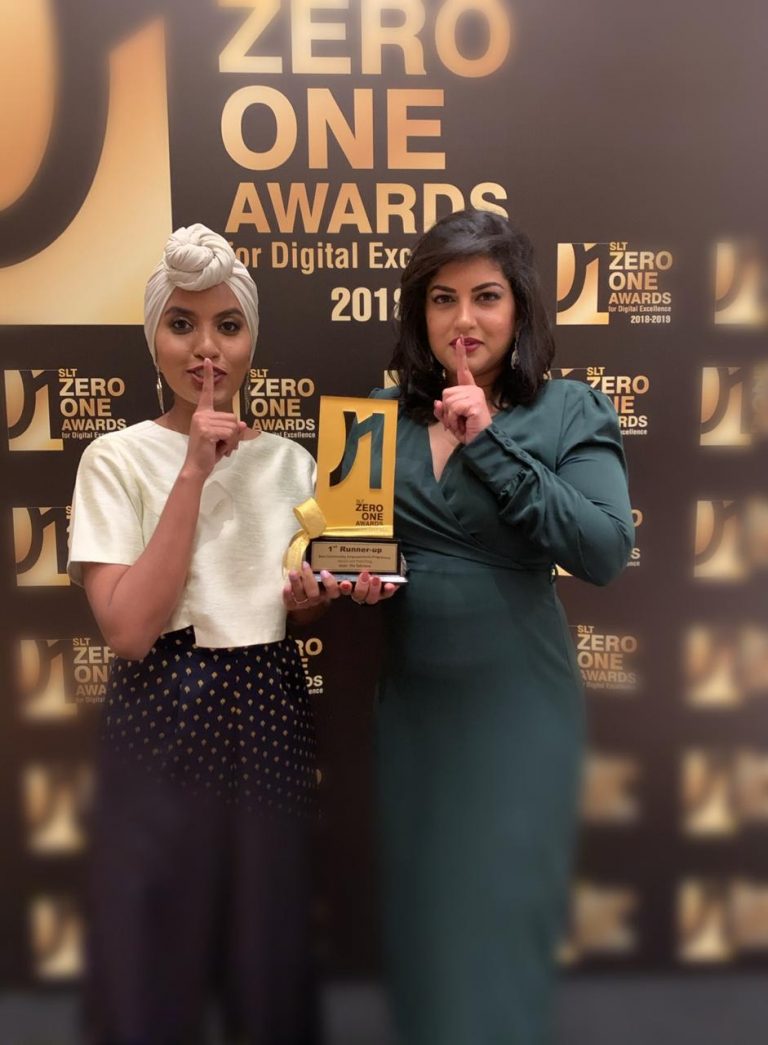 The YouTube show ‘Shhh-The Talkshow’ was born out of Shanuki de Alwis’ long term involvement in women’s rights and other social issues. While our culture encourages sweeping controversial topics under the carpet, her work in advocacy made her realize that there was a dire need to address the issues head-on, that most Sri Lankans were shying away from.

“The reality is that there are many social issues in Sri Lanka that are suppressed because we don’t want to face our demons or talk about our experiences,” she says. “We must learn not to worry about what others think because you can only fight your demons when you are not afraid or embrace your vulnerability.”

Shanuki was a fan of the British talk show “Loose Women”, liking its light tone and the freedom women had to express their opinion. She was inspired to start a show after discussing the idea with Shifani Reffai, a friend and visual artist with a similar passion for social empowerment. The two subsequently co-founded the show.

“We thought, why don’t we do that?” she says. “In our culture, we often feel ashamed to discuss women’s issues, but we wanted to show that you can get together with friends to talk about issues or our shared experiences. You don’t have to be an expert to be entitled to a point of view.”

The timing of the first episode proved fortuitous: it was shortly after the Easter Sunday terrorist attacks. “There was a lot of racism, a lot of hate speech,” recalls Shanuki. “But at the same time, there were many people who didn’t represent that bigotry. While a lot of men were discussing the issue, we wanted to give women a voice to express their views. The pilot episode had women from different religions sitting down for a discussion, to openly express what moderate civilians were feeling about the rising extremism and how it was affecting their families.”

Since the first episode was uploaded onto YouTube, the show has proved a great success with over 4000 subscribers and positive responses from viewers from 36 countries. The growth in audience numbers has been purely organic, simply coming off the channel uploads on YouTube, Instagram, and Facebook. While Shifani has taken a step back to pursue her personal commitments, Shanuki continues to produce the show with a passionate crew of 7 volunteers.

The show was recognized as an Alternative Voice for Justice at the global i-probono conference in Nepal in 2019 and has also won a SLT Zero One Award for Best Community Empowerment Initiative in early 2020.

Having garnered over 200,000 views and 8000 followers, the team has big plans for the show, including offering it in Sinhala. Further goals include expanding the show and making it more valuable to the silent voices that are the show’s focus. A lot of assistance has already been given to viewers, with the show being able to help people who reach out to obtain medical help, police assistance and legal help on issues raised in the show’s episodes, but the team is conscious that much more needs to be done.

“I want to turn our personal shame to national pride on how we create a civilian movement to address these issues together,” says Shanuki.

As the show is a purely voluntary passion project and the producers are constantly struggling to meet their expenses, well-wishers are invited to support the show with financial sponsorships of episodes.

This will be used to meet production expenses and will help the show to continue addressing taboo
topics and championing social justice in Sri Lanka.

PrevPreviousThe Introduction to Food Based Dietary Guidelines
NextGoing back to our roots. Our grandparents’ diet and lifestyleNext