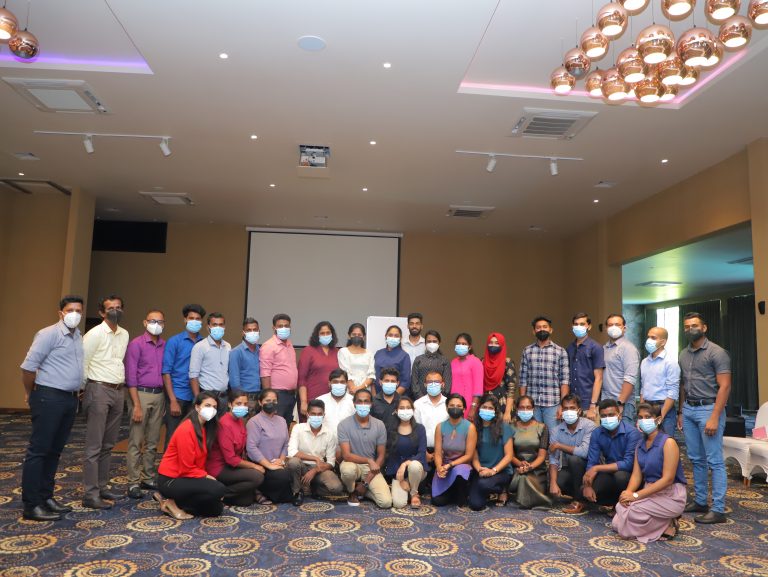 The Social Cohesion and Reconciliation (SCORE) Youth Activity (SYA) implemented by the International Youth Alliance for Peace (IYAP) and Global Communities, funded by United States Agency for International Development (USAID) is successfully empowering Sri Lanka’s youth and helping create the next generation of leaders who are empathic, committed, and inspirational.

The SYA is a 12-month project that targets the youth between the ages of 18 to 29 to improve their civic awareness, leadership skills, participation in community improvements, and decision-making processes. The goal of SYA is to strengthen Sri Lankan efforts to advance social cohesion and reconciliation through and by youths themselves. This is done by carefully curating interventions and activities that promote youth civic engagement, youth agency, leadership, and resilience to external stressors and by equipping them with the skills and abilities to promote social cohesion and reconciliation.

SYA is a 3-phase project that recruited 280 interns from 14 districts where 20 interns are placed in each district to undergo training at the pre-internship boot camp. Thereafter they received opportunities to follow 4-month internships at host organizations and execute capstone activities under specific themes. The 14 Districts are Ampara, Anuradhapura, Batticaloa, Colombo, Galle, Hambanthota, Jaffna, Kandy, Kilinochchi, Matara, Moneragala, Mullaitivu, Trincomalee and Vavuniya. In addition to the active engagement of SYA participants, the project consists of two main tasks which is the Youth Advisory Board which will guide and counsel the youths as well as a host of workshops, forums and policy dialogues.

Founder and Executive Director of (IYAP) International Youth Alliance for Peace  Thirukumar Premakumar stated, “SYA has been a success so far mainly due to the young energetic people in the team and the interns. We saw them taking ownership and responsibility and their eagerness to learn and support their community is inspiring. This project has created a new environment for local district level organizations/companies and government bodies to realize the potential of young people and the asset they are to the company and the community. Let’s recognize young people – they need to be heard and given the opportunity to show their true potential and how they can be part of the community.”

During the pre-internship boot camps the 20 youths from each district were trained under specific thematic areas. The capstone activity incorporates one capstone project from each district which will be led by youth participants of the districts upon completion of training and internship under various thematic areas such as health, education, environment and justice.

Founded in 2013 and based in Colombo, the International Youth Alliances for Peace (IYAP) is a youth-led/based organization that believes in harnessing the power of young people and the contribution they make to their respective communities and country. IYAP’s aim is to strengthen youth agency, their social positionality and ensure youth take on leadership roles to address pertinent issues affecting them and their country.