Emerging Media, the market leader in Sri Lanka for Digital Screen Display Solutions, has been chosen as the ‘Official Digital Media Partner’ for Lotus Tower Colombo.

Spread over a land area of 10.5 acres, the Lotus Tower was opened to the public on 15th September 2022 and is now the tallest self-supported structure in South Asia. With the opening to the general public, any local or foreign visitors can avail themselves to the tower’s new technological experiences and world-class entertainment facilities by purchasing a ticket. Since its grand opening, the Lotus Tower has welcomed an average footfall of 3,000 – 5,000 local visitors and foreign tourists daily. In the coming months, the Tower is expected to expand its operations and visitors will be able to experience pubs, restaurants, souvenir shops and banks within the premises.

This partnership will enable Emerging Media to create awareness among different target groups for the world-class facilities available at the Lotus Tower. Emerging Media has planned out many captivating events and promotions to take place in Lotus Tower with the presence of its subsidiary company “Emerging Events”. Through the substantial geographical reach of the Tower with the said average of local and foreign footfall, advertising via Emerging Media at the Lotus Tower will provide companies the opportunity to build a strong brand visibility rapidly.

Emerging Media offers clients online and offline digital platforms with the aim of reaching different target groups. One of the main mediums provided as digital display marketing solutions for the clients is the Largest Outdoor Digital LED Screens providing brand visibility and top of the mind awareness which correspondingly enhance brand presence. Emerging Media’s expanding networks of indoor and outdoor digital screens have been strategically placed in 300+ prime locations in the heart of Colombo and its suburbs and at the same time their Outdoor LED Digital Screens have been strategically placed in some of the prime locations around Colombo and its suburbs including Town Hall, Liberty Cinema, Bambalapitiya, Dutch Hospital, Thurstan Road, Nugegoda, Seeduwa, Mount Lavinia and Dematagoda. The company also takes pride in covering all the largest transport hubs in the country such as the main railway stations including Fort, Kandy and Galle and also at the Bandaranaike International Airport capturing the attention of local and foreign visitors.

Despite the difficulties caused by the onset of the pandemic, Emerging Media has made solid progress over the past two years and expanded through new projects such as the Lotus Tower, Havelock City Mall and several others. With Colombo gradually returning to normal, Emerging Media plans to add new Digital Screens in several other prominent locations. Established in 2009 with the idea of introducing a revolutionizing concept in the field of advertising in Sri Lanka, Emerging Media has grown rapidly to become the market leader in Digital Screens Display Solutions and the Largest Location-Based Digital Screen Advertising Network in Sri Lanka. Over the years, the company has won Silver Awards at SLIM Brand Excellence Awards as the ‘SME Local Brand of the Year’ in both 2019 and 2020 and at the same time the organization has been recognized as the ‘Best Innovation in Emerging Technologies’ at the CMO Awards during Asia’s Innovation Excellence Awards in 2019 and also recognized with ‘Brand Leadership Award’ by World Marketing Congress in 2019.
In 2021, Emerging Media was certified as a ‘Great Place to Work’ by Great Place to Work – Sri Lanka and during 2022 Emerging Media has been recognized as an Official Training Partner for Chartered Institute of Management Accountants (CIMA Sri Lanka). 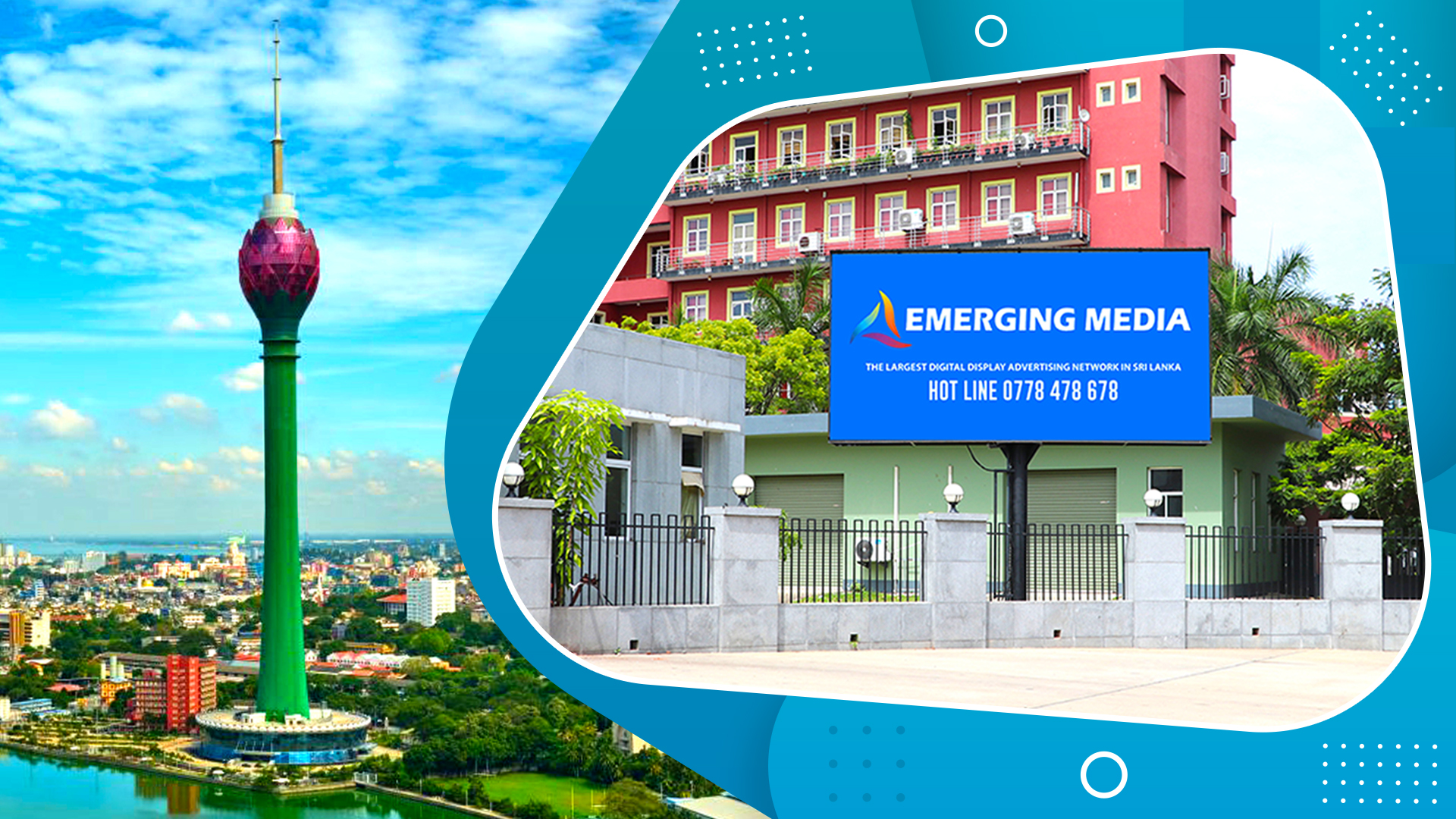