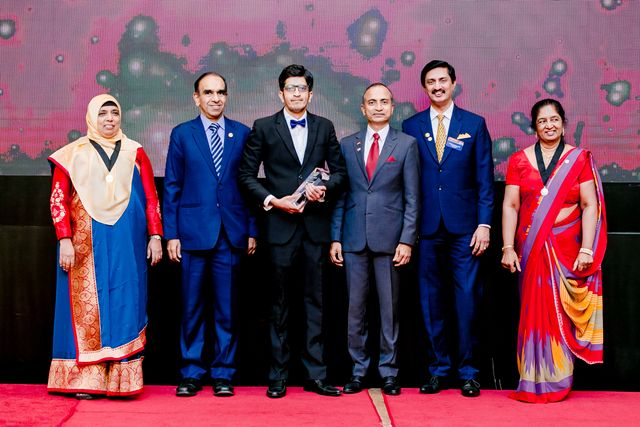 The gala event was an opportunity to celebrate the accomplishments and achievements of the clubs, members and leaders within the Toastmasters movement in Sri Lanka.

In spite of a limited guest list, representatives of clubs from across the island were hosted in the spirit of celebration. Overcoming the challenges of the year, 76 clubs achieved the highest honor offered by Toastmasters International to become Presidents Distinguished, 11 achieved Select Distinguished and 20 earned the Distinguished Club titles. These are achievements that are a testament to the commitment to self-improvement shown by the members of the movement.

On this night, a host of District awards were given to Toastmasters members, clubs and leaders. The prestigious Golden Gavel Award was earned to 22 clubs in recognition of their club quality and member engagement.

Dialog, MillenniumIT ESP, Awakening, Siyane, and Anuradapura Toastmasters Clubs were awarded the Eight-80 membership award in recognition of the retention and growth of its member base, reflecting the quality and high-standards within the clubs.

“Toastmasters is a passion for many of us in the movement,” says Distinguished Toastmaster Noorul Munawwara, the newly appointed District Director. “While we commit ourselves to grow as individuals, these awards are a reminder that hard work and the right attitude will never go unappreciated. Tonight, we see that the future of Toastmasters in Sri Lanka has never looked more promising.”

“We are entering a new chapter in the story of District 82. I have the fullest faith that these leaders will continue to keep the name of District 82 shining bright on the global stage,” says TM Sarma Mahalingam, DTM, the Immediate Past District Director.

Please visit www.d82.org for more information about Toastmasters District 82 or follow them on Facebook (D82Toastmasters) or Instagram (@d82tm). If you wish to be part of this vibrant community, visit www.toastmasters.org/find to find a club near you.